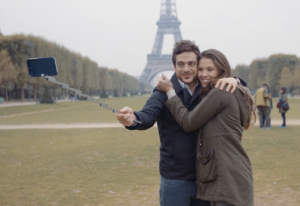 In Markets and Hierarchies (1975) and elsewhere, Williamson argues that conglomerate diversification can, under certain circumstances, create economic value by establishing effective internal capital markets. There are large theoretical and empirical literatures examining the circumstances under which internal capital markets perform better or worse than external capital markets. The relevant mechanisms, as you might expect, revolve around information and incentives. Williamson (1975, chapters 8 and 9), for example, argues that the corporate office of a diversified conglomerate typically has private information about its own subsidiaries obtained from internal audits, information that would not be available to outside investors. Moreoever, division heads may be more willing to reveal information to the corporate office than to outside investors because disclosing information about investment opportunities to the market also discloses it to potential rivals.

I was reminded of this last point when reading recently about Yekutiel Sherman, an Israeli entrepreneur who spent a year designing a cellphone case that converts into a selfie stick only to discover, after launching a fundraising campaign on Kickstarter, that a Chinese company had copied his design and started production.

[O]ne week after his product hit Kickstarter in December 2015, Sherman was shocked to see it for sale on AliExpress—Alibaba’s English-language wholesale site. Vendors across China were selling identical smartphone case selfie-sticks, using the same design Sherman came up with himself. Some of them were selling for as low as $10 a piece, well below Sherman’s expected retail price of £39 ($47.41). Amazingly, some of these vendors stole the name of Sherman’s product—Stikbox.

Sherman had become a victim of China’s lightning-fast copycats. Before he had even found a factory to make his new product, manufacturers in China had spied his idea online, and beaten him to the punch. When his Kickstarter backers caught on, they were furious. “You are charging double the price for what the copycats are charging, yet I seriously doubt the final product will be any better than the copycats,” one person commented.

The story is about China's copycat culture, but the key point is that the copycats only learned about his design when they saw his Kickstarter page. This may become an increasing hazard for entrepreneurs using crowdfunding -- including the rapidly growing equity crowdfunding sector -- to obtain capital. Had Sherman been an employee of a larger firm, he could have relied on internal funds, keeping his innovation hidden from the copycats.

Perhaps a new angle on the classic Schumpeterian debate about firm size and innovation. I hope to see future research on this!