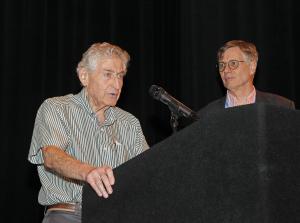 The SIOE Board voted to award the 2017 Elinor Ostrom Lifetime Achievement Award to Professor Yoram Barzel (University of Washington). Professor Barzel got his BA from Hebrew University in 1953, and MA in 1956. He moved to the University of Chicago where he got his PhD in 1961 under the supervision of Arnold Harberger. Upon graduation he moved to the University of Washington, where he spent the rest of his career, including the 1970s where Yoram contributed to the glory years of the department that included several leaders in the field, including Steven Cheung, Douglass North, and Keith Leffler. Yoram's work includes several of the early seminal work in the field of Organizational economics and has contributed to the literature continuously from 1963 to 2016. Two papers merit special attention: